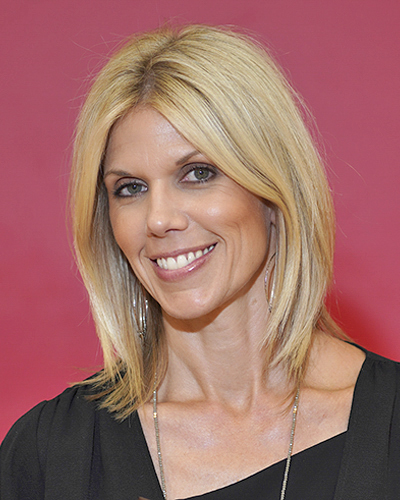 Tonya has been around Knight Abbey since she was a small child. Her father, Steve, founded Knight Printing. In 1985, he purchased Abbey Printing in Gulfport, merged the two, and Knight Abbey was born.

Tonya started her career in printing by helping out in hand bindery on weekends. She worked her way up through the ranks, working in every department from bindery to the front office. She became a CSR, then moved up to sales, where she garnered the experience necessary to move into management, until, in 2010, she became the proud owner of Knight Abbey Printing and Direct Mail.

While so many old-school printing companies cling to the old-school way of doing business, Tonya has embraced technology, along with remembering the “old school ways,” too. She is always looking for new and exciting methods to implement the latest software and hardware into the business.

Early on, before she became owner of the company, she fell in love with the Management Information System (MIS) as a way of offering accountability and efficiency, and as a clear way to focus on ideas for growing the business each year. She credits the implementation of this system as a huge help in running and developing the company.

Tonya has been on the board of PIAS (Printing Industry Association of the South) for many years, and in 2013, became the first woman to serve as Chairman of the Board for the organization.

Tonya is also Women’s Business Enterprise National Council (WBENC) certified. WBENC is the largest third-party certifier of businesses owned, controlled and operated by women in the U.S. This certification is recognized by public, private, non-profit and government entities across the country.

Since Tonya became involved in the management and then the ownership of the company, not only has Knight Abbey become the largest manufacturer in Biloxi, but it is a name that is known in the industry throughout the United States.

But when you speak to her employees, they don’t tell you about the lady whose company has won awards and who has blazed a trail in an industry where women are just coming into their own. They tell you about a woman who leads with heart. She knows her employees by name and has an open door policy. She has empathy, a desire to know who works for her and a personality that makes you want to come to work each day. She is approachable and down-to-earth and she is well-respected. Her presence commands loyalty, because she gives it.

To complement her no-nonsense business approach, Tonya has a fun side, too. She loves hitting the gym at four in the morning – It’s her “me” time. This is what allows her to deal with everything that work and a busy home life sends her way.

With her sidekick Bella the dog at her side, she is constantly running from football games, to dance practices, and everything in-between.

She loves vacationing with her husband, Jimmy, and their three children: Ryan, Genna and Mattie Dee. They’re all big fans of the Magic Kingdom.

There’s very little that Tonya can’t accomplish when she sets her mind to it…and the future is looking very bright indeed for our little Knight Abbey family. We hope you check back often to see all the new and exciting thing that are coming our way!

For a copy of our best practices guide, please contact us and a member of our Customer Service team will be happy to send that to you.

Thank you for visiting today!